Taryn and The Road Trip: Next Time, Shorter College And The World's Biggest Ball Of Yarn

We took Taryn to Birmingham, Alabama this weekend for a preview day at Samford University. She has this college on her short list so we decided to take off Friday morning and head to northern Alabama (and btw, Birmingham and the small towns surrounding it are beautiful! who knew there were rolling green hills and mountains in Alabama? I sure didn't!)

Anyway we got to the college on Saturday morning, bright and early, and what an amazing campus! Grand Georgian buildings, stately gardens and landscaping, bell towers and wrought iron fences...stunning. Just what you'd imagine from a prestigious college campus. Here are some photos... 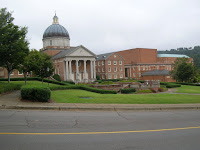 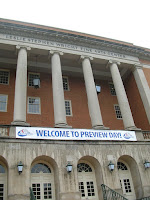 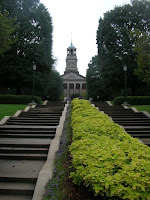 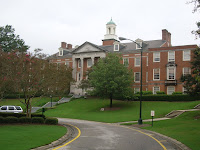 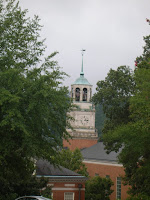 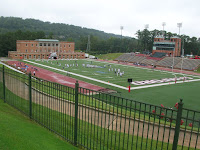 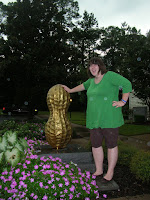 The Golden Peanut in front of the Visitor Center of Doltham, Alabama 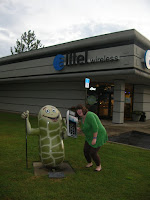 The AT&T Peanut of Doltham, Alabama 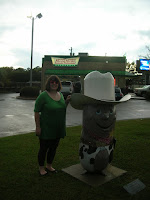 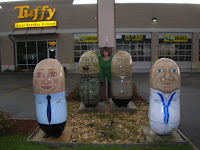 The Four Branches of our Military Peanuts of Doltham, Alabama 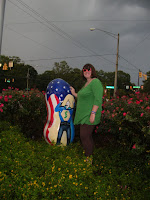 and finally, the Patriotic Peanut in front of the Doltham, Alabama State Bank.

Yes, we have all the confidence in the world that Taryn is going to have a wonderful college experience, where ever the Lord takes her.

Email ThisBlogThis!Share to TwitterShare to FacebookShare to Pinterest
Labels: Taryn

hahahahahahaha. oh my goodness. what's up with all the peanuts?

Love ya Taryn! Wherever the Lord God takes you, you will do well! Anyone with the great outlook on life that you have, will do great! Trust me when I say, HUMOR and a FUN attitude goes a long way in life and will carry you in the hard days ahead. Love the peanut pics!!

I'm lost on the peanut theme too. I think GA when I think of peanuts, should I be thinking AL instead? Love the pics with Taryn in them, even if I don't understand the peanut thing!