Last Sunday afternoon, we were sitting around the house, after eating a big "Sunday dinner" (we've been transplanted Southerns for 24 years, that's what you do on Sundays after church...and it was a tradition we seemed to adjust too real quick...that and taking a nap afterwards) and I began to hear the familiar skips of the snare drum and the big band brass of Michael Buble' singing "Santa Claus is Coming to Town".

And then a few minutes later, I was tagged in a post on the College Gal's Facebook wall:

Of course I shouldn't complain. I went into a craft store last week and there were three full aisles of autumn and Halloween items for sale. And truthfully it gave me a little thrill. I love autumn and seeing all the pumpkins and  fall colors made me temporarily forget it was 96 degrees outside with 100% humidity.


And so, after a couple of hours of listening to Michael, The Chipmunks and Bing (what a combo) croon away about Santa, snow and twinkle lights, I started to actually feel a little of the Christmas spirit.


But then I began thinking about all the Christmas hoopla that comes with the holidays.

Maybe I'll go pop "The Grinch" dvd in and see if that helps any. 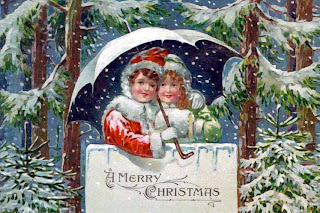 You are so funny! My oldest, Kristy, starts Christmas music in Oct. You got her beat!!!! Hugs and blessings, Cindy

thanks Mrs. Cindy :) it gets a little crazy around here sometimes ;)

we could use some winter weather here..it is soooo hot!