Last summer we went on a couple of trips to New York to get the College Gal settled at school, and while we were there we ventured into the city.


This would be the College Gal... 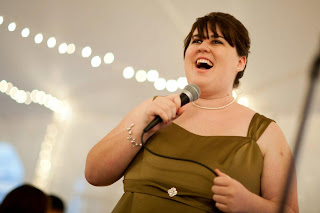 Here she is giving a toast at her sister's wedding.

And as I've previously posted, the College Gal has a gift.. She gets good stuff for free and she meets famous people. So on our last excursion into the city, it didn't come as much of a surprise what we witnessed when we walked out the doors of Grand Central Station. After all, we had the College Gal with us.

*a disclaimer* -The following photographs are really lousy. I'm the photographer behind these beauties and I have absolutely no talent. Plus my camera stinks. I only bought it because it was pink, on sale and looked cute. Consider yourself warned. 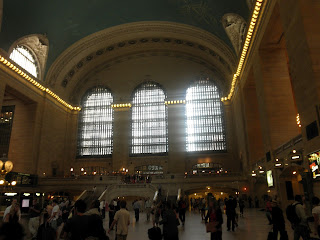 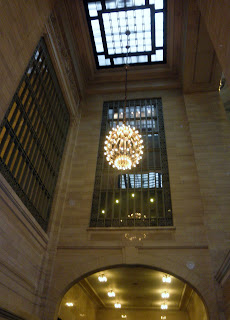 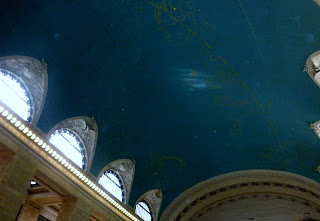 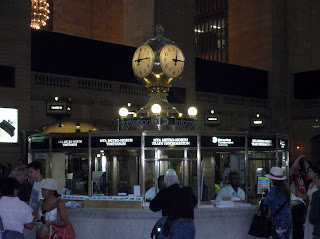 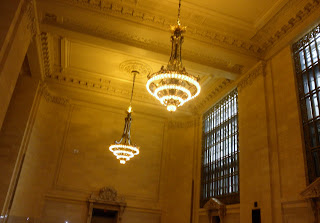 Grand Central is really a beautiful place and it can be a lot to take in when you first get off the train and venture inside. But we managed to find the door that led us out onto 42nd street and as soon as we stepped outside, we heard a large KA-BOOM!!!

We had walked into the filming of "The Avengers". 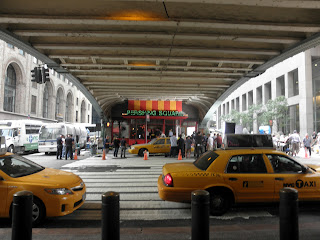 This is what greeted us as we left Grand Central. Stunt people were inside this little restaurant, the Pershing Square Cafe, and they were dressed as The Avengers. We could see Black Widow, Thor and Hawkeye pretty good through the window. And then on the road to the right of the restaurant we saw this...total destruction... 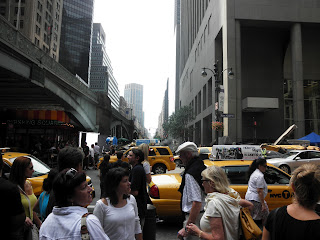 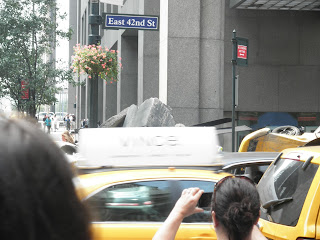 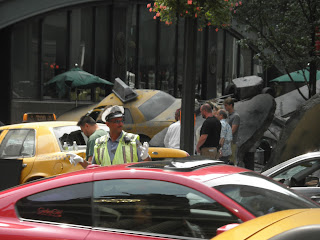 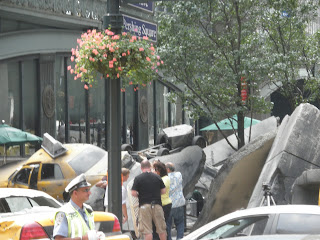 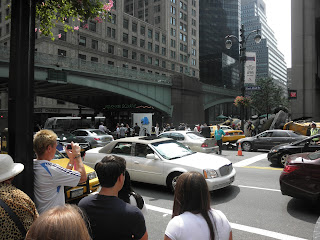 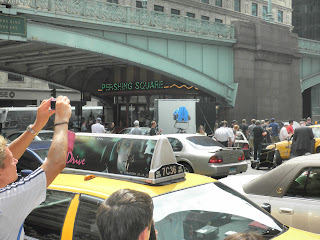 Overturned and burned out cabs. Giant chunks of road and asphalt everywhere. Pretty cool. We were a little disappointed that we didn't get to see more of the Avengers, but we did, however, run into this guy in Times Square later that same day...

Not quite sure which superhero this guy is...
but you take what you can get.

Wow...you never told me this...how cool. I love your pics (regardless of you saying that your photography skills are lacking, I think they are great).