The first time I went to the Magic Kingdom, I was 8 years old and in the third grade in Mrs. Weathersby class at Plumb Elementary school. It was 1973 and I had buck teeth, freckles and a shag hair cut.

And so help me, a pair of plaid pants.

But thankfully, this isn't a post about my obvious lack of fashion sense. It's about Tomorrowland which is one of the "lands" in the Magic Kingdom, where ironically, you could still see someone wearing plaid pants.

We live in Florida and we usually go to Disney World about once every couple of years. And we really like to go closer to Christmas time because of the decorations, the weather is nicer and the crowds have thinned out. 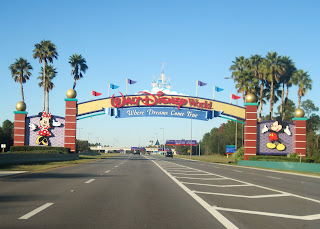 Driving onto the Disney property always give you a little thrill no matter how many times you go... 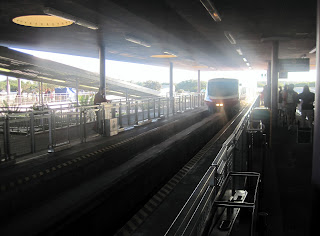 And here comes our ride! The monorail station is the quickest way into the park and plus it makes a really cool sound when it comes into the station...like "ssswwwiiiiissshhhhh"...only better that that. 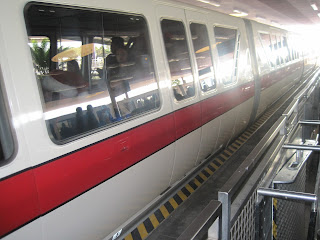 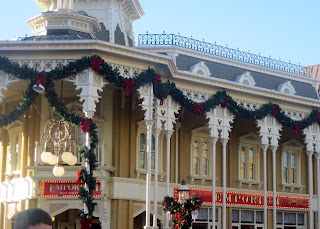 So this is the only picture I took on this trip of Main Street because my family is like a pack of wild dogs when they first get in the park. Racing towards Tomorrowland like Disney is gonna shut it down before they ride Space Mountain 10 times. Somehow I managed to stop for 9 seconds to snap this one picture before I heard, "C'mon! We've got to get to Tomorrowland to be the first in line for Space Mountain and to get a fast pass for Buzz Lightyear before they're all gone! Hurry!" 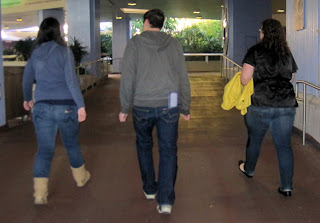 This would be me and the Hubs view for the first few moments we're in the park...our grown adult children, speedwalking towards Buzz, taking the short cut they figured out when they were 6, 8 and 10 respectively. 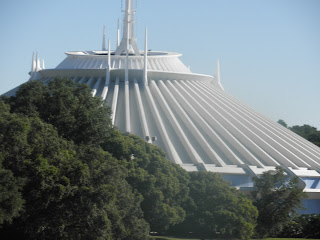 Once they've gotten that out of their system and actually get in line, the rest of the day goes pretty smoothly. Unfortunately I don't have any other pictures of Space Mountain because I don't ride it and no one else will take pictures on the ride. Apparently it's uncool to carry around a little pink camera. Go figure.

While the family is riding, I don't sit on a bench. Oh no! I have my own special Tomorrowland ride! 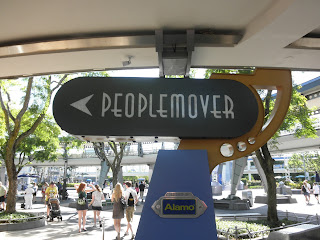 On the Peoplemover, I can get in about 3 rides to their 1 trip into space. It's slow, it's calm and some of it's air conditioned. (psst...the Graduate likes it too. I have proof...) 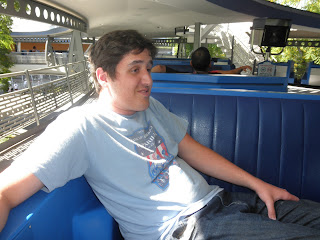 I really like this ride. You get to sit and put in some serious people watching time on the Peoplemover. Say that fast three times... 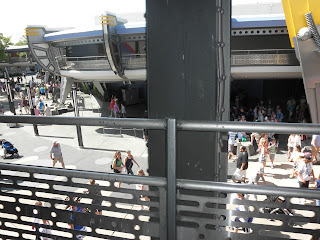 You get to see a model of a city of the future...I think that's downtown Orlando now. 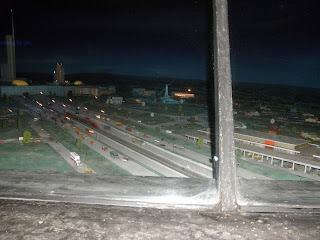 Plus, you get to do some window shopping...by the third go-around I usually have most of my souvenirs picked out. 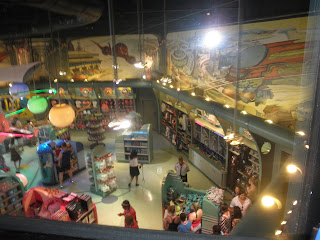 After Space Mountain and the Peoplemover we usually head over to see this guy...


And then there's the many faces of Buzz... 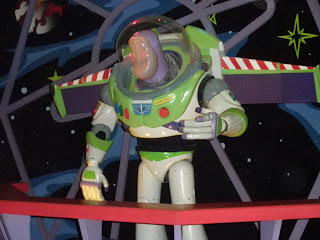 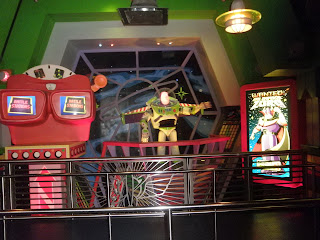 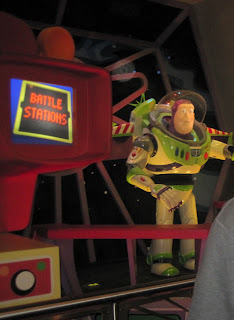 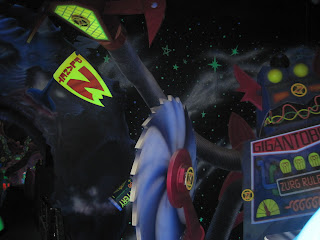 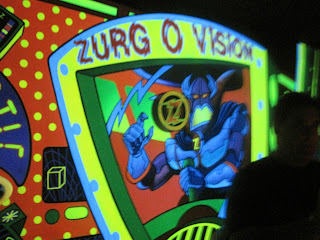 Which isn't necessarily a good thing...
sometimes we can get a little competitive in our family
(also see "speedwalking to Tomorrowland to be the first in line at Space Mountain") 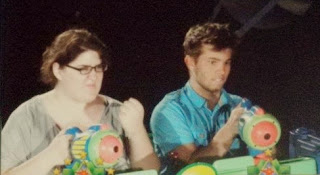 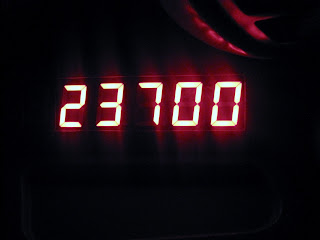 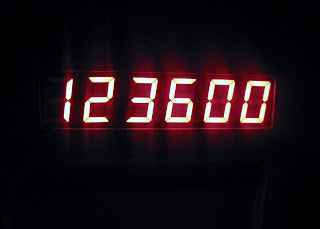 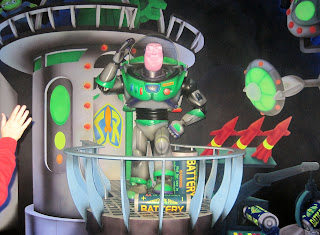 As we waved goodbye to Buzz for the day...

We ran into another friend in Tomorrowland, Stitch. 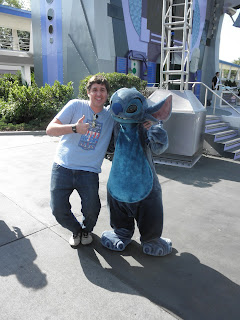 There is a lot more to see in Tomorrowland like the Carousel of Progress, Stitch's Great Escape, the Monster's Inc show and the Astro Orbiter but we had to move on for the day...

"Quick! Let's get to Frontierland and get a Splash Mountain fastpass before they're all gone!" 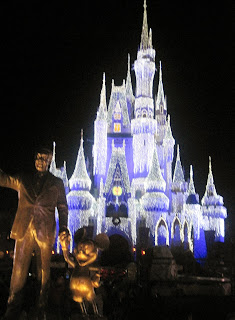 Love it! Sounds like my family, except I do ride Space Mountain....but the people mover is my favorite resting spot!

I like how the short cut doesn't have anyone there!! That's cause it's a secret

you're right T, it's usually empty!

Boster~ I used to ride it but sometime in my 40's I gave it up lol!