I can't believe I'm writing another post about mosquitoes.

We've been trying everything we can think of to get rid of them... 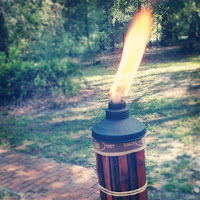 That's how bad they are around these parts. Swarms of them everywhere, and you can't seem to escape from them anywhere. Just the other day, the Graduate got stuck on the side of the road coming home and when he got out to push his truck, they swarmed around him so badly, he thought he was going to be carried off by them.

And I don't know if it's because they've appeared right after Tropical Storm Debby came through and think that because they rode into town on the wings of some big storm that they are invincible, but this batch of skeeters has a lot of moxie. A lot of nerve. And a lot of guts. Yeah...a lot of guts...


Look out any of our windows and you see them there, head-butting the screens. And when that doesn't work, they press their long beaks up against the glass, daring you to open a window. Try opening the front door and they attempt to muscle their way inside, pulling the old, "stick-your-foot-in-the-door-so-she-can't-close-it" routine. Walk outside and they buzz around you so quickly, you get dizzy from trying to swat them, and before you know they've bitten you a thousand times and got your lunch money for good measure.


I let the dog out last night and a mosquito flew by shaking it's fist at me like a schoolyard bully.

With ya sister! I wished they would carry me to work and save on gas! Hugs and blessings, Cindy