Guess what we're having in November? Yes, turkey and stuffing. Besides that. 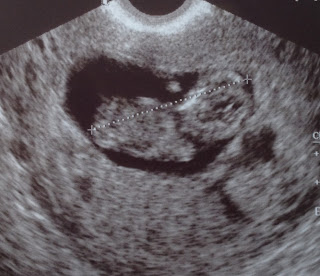 Our daughter and son-in-law are expecting their first child in late fall and we're all very excited!

Since we heard the news, one of the things we've been talking a lot about is what Mark and I want to be called as grandparents. Mark's was a little tough. He couldn't decide what he wanted to be called so we googled grandpa names and came up with a list for him to choose one.

He even considered going by what Donald Trump's grandchildren apparently call him, "Mr. Trump". I don't think Mark looks like a "Mr. Trump". After a few days pondering the list, he finally decided on the traditional "Papa" which really suits him.

When it came to my name however, there was no need for a internet search or list making. I've known what I've wanted to be called by my grandchildren for a long time. But there's a teeny tiny wrinkle with my name choice, the expectant mother doesn't like it. And when I say "doesn't like it" I mean she can't stand it. A lotta lot. So much so that there is head-shaking and eye-rolling when I mention it.

The name has kinda become like Harry Potter and Lord Voldemort around here,
"He-who-must-not-be-named"
Or in my case,
"Don't-call-yourself-'that name'-in-the-presence-of-the-expectant-mother".

But I have a few more months to weasel work the name into her vocabulary. And maybe, just maybe she'll grow to like it.

So for now, this is Bubbie signing off!

Oh Deb, there is nothing any sweeter than a grandbaby! I am telling you sister girl that sugar just drips off of them they are so sweet! Congratulations to you and your sweet family. I like the name Bubbie! I can totally see you being called that! Love it! Hugs and blessings, Cindy